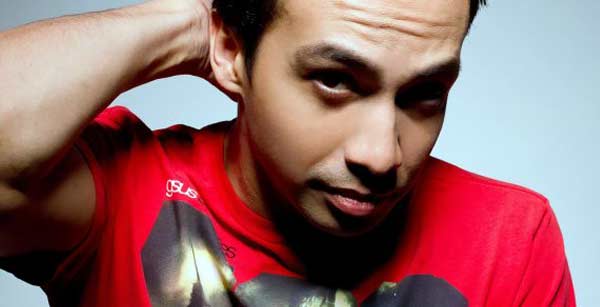 Mega DJ Laidback Luke has revealed it would be a “dream come true” to officially remix a Justin Timberlake track.
The Dutch producer who’s remixed and bootlegged every artist under the sun exclusively told MTV.co.uk about tinkering with this Sunday’s potential chart-topping artist: “I would still love to do an official remix for Justin Timberlake… that would definitely be a dream come true.”

Currently in the UK to host his sell-out Super You&Me event – where fancy dress superhero costume is mandatory – at Electric Brixton tonight (1st March) and tomorrow, Luke revealed the inspiration behind the superhero theme: “A couple of years ago, the scene in Amsterdam got way too serious for my taste.

“Kids were just trying to look cool, act look and I found that whenever I went out I had the most fun having like silly and stupid games with my friends and I wanted to have that back in my scene.

Luke also returns to Creamfields this August with his Super You&Me arena, which last year unfortunately didn’t get to see the light of day due to the final day’s cancellation.

“I’m very much looking forward to it,” Luke said. “To us it’s a second chance.

“I mean 2011 was amazing. I actually was scared of the size of the tent we hosted because it was over a 10,000 capacity tent and it was packed all day which was brilliant. So 2012 had great expectations but you know, it rained off, but I’m very happy to be back.”