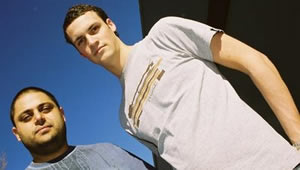 Random Soul is a collaboration of two of Sydney’s finest DJs and Producers, Yogi & Husky. Over the last 5 years Yogi & Husky have combined their production skills, musical talents and their mutual love of soul, jazz and funk, to bring Random Soul alive to clubs, poolside bars and DJ sets globally.

Take this sound to the stage and Yogi & Husky have the crowd bouncing to their up-beat dance floor tracks, or sipping down cocktails to their more soulful tones. No matter if it is a small intimate gig, a large club or a festival, Random Soul is able to work the floor and unite their fans.

Random Soul is a key player on the international house music scene as their music soundtracks all types of events including the pre club warm-up, the main event and the day after party. Their diverse playlist has seen them tour across Asia, Europe and the USA, spreading their unique sound to club goers and dance tiles.

After being named in the Traxsource “Generation Next” list for 2009, Random soul remains dedicated to their music and innovative style. 2010 opens the door for new tunes, new shows but the same passion and energy that Random Soul fans have come to know and love.