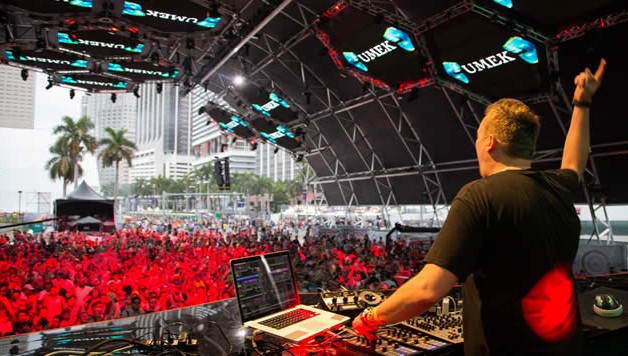 UMEK finishes his American tour with a bang!

Three Ultra festivals, main stage on Beyond Wonderland, two sold out label nights and numerous club gigs – just another day in the office for the Slovenian superstar UMEK. Due to a packed gig schedule and his infamous fear of flying he decided to focus on slightly longer overseas visits, starting with a one month tour that happened in March.

UMEK did a great job riding the gigantic dance music tidal wave which has flooded South and North America. He had the fans eating from his hand at Beyond Wonderland’s main stage and on all three Ultra’s Carl Cox & Friends stages that were packed to the last corner. He finished the tour in Miami with a sold out 1605 label night in the stylish Mokai, collecting the IDMA award on the way for best techno track with Stefano Noferini and wrapping Miami Music Week with a killer set at Ultra’s Mega Structure. Or as the mastermind behind Carl Cox & Friends concept, Lynn Cosgrave put it: »For me it is always a pleasure to have UMEK as part of the Carl Cox and friends stage, as he not only delivers constantly, musically he just keeps getting better and better!!! We are a lucky family!«.

The presenter on UMF TV live stream announced him as »the next big thing in techno« but the fans on Twitter quickly objected with a statement that »techno is a big thing again because of UMEK«.

The techno titan will now take some breath and focus on his studio work, followed by appearances across Europe, but he’ll return to the States in June to conquer the crowd from the heights of the main stage at EDC Las Vegas.