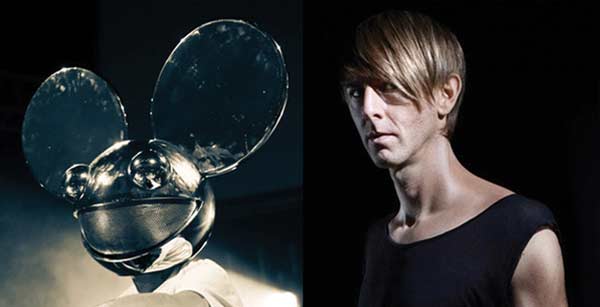 Richie Hawtin and Deadmau5 will perform together at this year’s South By South West (SXSW) festival.

This news follows the announcement that the pair would host a talk together during SXSW’s daytime conference.

Hawtin has previously announced his admiration for Deadmau5 and word on the street is that they’ll pull off a “stripped-back techno” set especially for SXSW.

The event goes down at famed Texas venue Stubb’s BBQ on Tuesday March 12 and looks set to be a stunning collaboration by two artists at the top of the dance music game in their respective spheres. It kicks off at 9pm, with the pair giving a talk elsewhere earlier in the evening.

However, they are not as odd a pairing as one might think, as Deadmau5 clearly has a penchant for the more minimal side of things. Also, Richie, being the tech nerd that he is, has the utmost respect for the Mau5 and how he leverages technology to make his shows truly amazing.

Check the event poster below. 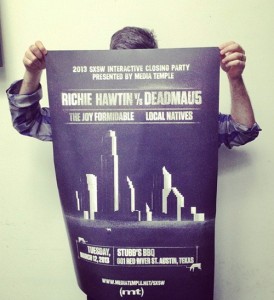