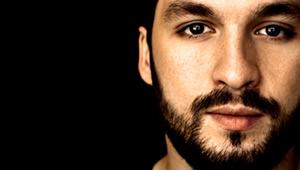 Swedish House Mafia DG Legend, Steve Angello talks to The Student Pocket Guide back, back, back stage after his superb performance at Global Gathering 2009!

Thanks to the Student Pocket Guide for providing the content.

Steve Angello’s claim to fame came when he released his remix of Eurythmics “Sweet Dreams” in late 2004. Since then he has exploded onto the house music scene. In 2007 his eternal club banger, a remix of Robin S “Show Me Love” was released on Data Records.

Angello produces under several different aliases. On his own, he has called himself Who’s Who and released tracks called “Not So Dirty” and “Sexy Fuck”. He often works closely with his childhood friend Sebastian Ingrosso on many projects. Aside from DJing together, they have also produced under the names Buy Now, Fireflies, General Moders, Mode Hookers, Outfunk, and The Sinners. Most recently, they released “Bodycrash” under their Buy Now alias, sampling the 1978 disco hit “Let’s All Chant” by the Michael Zager Band. The track was first played by Pete Tong on his Radio 1 show in late 2007. Eventually, the Dirty South remix of the tune leaked out onto the Internet in January 2008. The track has since received a much larger release via Positiva Records, also including the Laidback Luke remix.

He has produced with Eric Prydz under the name A&P Project. Also, he has created a track with his friend Axwell under the name Supermongo, later renamed Supermode. They made a cover of an old Bronski Beat track, calling it “Tell Me Why”. This was released via Ministry of Sound’s Data Records imprint in summer 2006.