I went to Ibiza in 2006 fell in love with the place and the music, went home and jumped on my housemates 1210’s. Really struggled with them to start with, then i borrowed a friends old school cdjs with the plus and minus buttons and the little jog wheel, learnt a little bit on there and then brought my self some cdj turntables and locked my self away for about 4 months.

Didnt buy vinyl as i mainly learnt on CD’s but borrowed my mates he had a load of hard dance and trance records, thought id ease my self in gently haha.

I have been really lucky, i have played in some amazing countries and clubs as well as gigs in the UK. Begining of the year i went to Miami Winter Conference where i played at Nikki Beach, on the last day, then came home and flew off to France to play in Chamonix, then Bremen Germany. I then had a few gigs in Shanghai China that was amazing, the people over there LOVE their house music it was great. Then on to Moscow to play at Pacha for Miss Moneypennys, that has been one of my favorite gigs so far. I then played in Ibiza for the first time, was unbelieveable!! had so much fun , the best places were for Audiodamage gets charged, Boho and pukka up at Es Paradis. The minute i got back i flew to Switzerland to play in club Q which was awesome and BCM Mallorca. I have also been in the studio this year and have made a few tracks, my first track Sanctuary has just been signed to Miss Moneypennys. I am working on a few new bits at the moment as well… 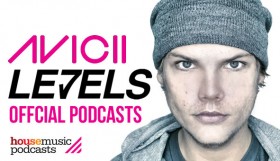