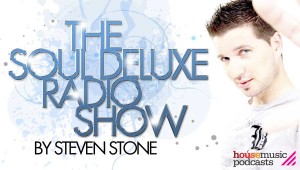 Steven Stone has always been in the world of music but it was at the age of 14 that he found his real calling, Djing, and he’s been perfecting it ever since.

Wanting to improve his innate qualities as a DJ, he entered the well known School of Audio Engineering (SAE).

This multitalented producer is also known under the aliases “Art & Pleasure” and “Groove’o’Holics” under which he spins his magic to craft a different and inviting sound.