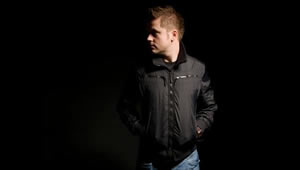 Professional Dj
Whether its vocal & funky or electronic, Steve’s versatility and open minded approach to house music never fails to impress a crowd. He has gained recognition around the UK with residencies and guest sets at nights/venues including Godskitchen, Miss Moneypennys and Pukka Up. Steve has also made appearances at The Cross, Pacha and Heaven in London.

The past two years have seen him play alongside the likes of Seb Fontaine, Micheal Grey, Deepgroove, Jason Herd and Paul Emanuel to name a few. Steve holds residencies with Chic Boutique at Crobar (Swansea), Miss Moneypennys and WWJD in Coventry.

2008 will see him making appearances up and down the UK at events such as Cream at The Q Club in Birmingham and Lovezoo @ Stealth in Nottingham along with international gigs around europe.

Producer
Along with his busy gig diary, Steve is fast becoming an in-demand producer and has been busy in the studio remixing for artists including Stonebridge, Reza and Will Bailey. Recent success came with his remix of a track called ‘For your black heart’ by The Sanfernando Sound which climbed high in the djdownload.com chart ahead of several commercially big tracks. Steve’s remix was featured as track of the week on Beat FM Spain’s dance music show.

Together with his ever growing catalogue of remixes, Steve has had three of his own tracks released through Birmingham based ‘Discover Records’ and has had another recently released on Jay Cox’s ‘Fizzeek’ label which has been gaining support from Stonebridge, Moussa Clarke, Tim Andresson and many more.

Steve has collaborated with vocalist Carmen Anderson on a track called ‘Be With You’ which was picked up by Pete Tong and featured on his Fast Trax show, the track is now signed to Ministry of Sound/Hed Kandi and has been featured on their Summer Mix 2008 compilation. 2008 will also see appearances on both the forthcoming Fierce Angels Es Vive 08 and Stonebridge’s ‘The Flavour, The Vibe vol 2’ compilations with the Steve Haines & Lil Joey remix of ‘Live again’ by Reza which is due out on Stoney Boy records.