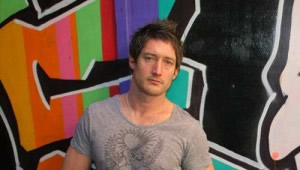 Being a prominent figure on the dance music scene with over 10 years experience playing many genres of house music from the funky, vocal balearic vibe through to the tougher, more electronic, progressive & tech house sounds – Jay C is renowned for getting any dancefloor moving. His energetic sets are heard on dancefloors and radio stations worldwide, playing amongst the worlds elite and has seen him hold a residency for the ‘In Bed With Space World Tours’ since the summer of 2003 after playing the world renowned ‘Space Club Ibiza’. This has seen him travelling to all corners of the globe taking in such places as South America, Asia, Dubai, Phillipines, throughout Eastern Europe, Scandinavia, Italy, Germany, Austria, Poland, Slovenia & Switzerland to name a few.

Over the years Jay C has also played for, and frequently guests at many top clubs and events throughout his home country of Great Britain, far too many to name but include holding a 4 year residency for global brand ‘Miss Moneypennys’ and their ‘Chuff Chuff’ events, and clubbing institutions such as Ministry Of Sound, The Cross, Pacha, Sankeys, Mission, playing the ‘Radio 1 One Big Weekender’ and in 2006 supporting ‘FatBoy Slim’ on his ‘Welcome To Palookaville’ album tour in Manchester.

In 2000 Jay C packed his records and went out to Ibiza where, for the next 5 years he ‘worked’ the summers where he mainly ran/promoted/played the ‘Savannah Funky Lounge’ next to the world famous ‘Cafe Del Mar’, booking & playing alongside some of the worlds most renowned djs. He has also rocked all of the top clubs on the island including Space, El Divino, Amnesia, Pacha, Es Paradis and Eden – for nights like ‘In Bed With Space’, ‘Miss Moneypennys’, ‘Cream’, ‘Hed Kandi’, ‘Retro’, ‘Pukka Up’, ‘Dave Pearce’ and ‘Garlands’, as well as many of the Islands infamous bars such as ‘Mambo’, ‘Bora Bora’, ‘Plastik’, ‘Hush’, ‘Mezzanine’, ‘Coastline’, ‘Kanya’, many of the boat parties & festivals held at the Zoo Project in Benimussa Hills…

As well as his djing, many know Jay C as a renowned producer/remixer spending every daylight hour in the studio. Drawing from many musical influences sees him covering a variety of house music genres and collaborating alongside some of dance musics finest artists including Peyton, Marcella Woods, Shena, Dina Vass, & Abigail Bailey. This has seen him have many tracks licensed to compilations and major house music labels such as Virgin/EMI, Hed Kandi, Ministry Of Sound, Phonetic Recordings, Oxyd, GFab, Houseworks, Discopolis, Pin-Up Recs & Miss Moneypennys. And with numerous releases scheduled over the coming months……