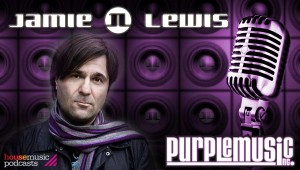 After 22 successful years in the business Jamie Lewis is recognized worldwide as one of the pioneers of house music and one of the scenes premier House DJ’s.

DJ Jamie Lewis first appeared on the Swiss club scene in 1985, spinning classic disco and funk before getting wrapped up in the late-’80s birth of house, becoming one of the European scene’s major players. In 1987 he opened his own record shop (Dee Jay Service in Winterhur, Switzerland), which became a mainstay of the Swiss DJ scene. Already a major player in shaping house music’s future via his club presence, Lewis stepped in to the recording world in 1992, releasing his debut with the Italian UMM label, his sophomore release emerging two years later on the Canadian Definitive Records. Thanks to the success of his first two albums, Lewis established his own Purple Music label in 1997, collaborating with influential artists like Cerrone, Bob Sinclair, John Acquaviva, Brian Tappert, dj Pippi to a name a few. In support of the new label, that same year Lewis and friends began a residency called Purple Music Nights at the Zurich nightspot Kaufleuten. Since then, Lewis has maintained a consistent presence in the world’s most important clubs, spinning for packed houses from New York to L.A., Ibiza to Athens, Dubai to London, Miami to Paris and more. Productions like “The Light” and “Be Thankful” with Michelle Weeks and remixes like Cerrone’s ft. Jocelyn Brown ”Hooked on you” have become some of house music’s most played titles. Jamie Lewis’ music has been released by such important labels as the U.K.-based Defected, US Subliminal and multinational Universal.

Jamie Lewis’ label PURPLE MUSIC and himself as producer have been nominated as best producer, best WMC Miami’s 2004 & 2005 song and as breakthrough best European label…

He is the man behind the club anthems released by Purple Music & licensed worldwide on top labels (Defected, Subliminal Records, Universal Malligator & more..)

Jamie Lewis mixed 32 CD Compilations and one artist album in the past decade, including 8 Volumes of the famous series ”In the Mix” with DJ Pippi”, The Radio Streetparade” House 2002”, ”Mykonos” since 2003, the Purple Music volumes of “The Master Collections” ,the Waxwars & “In the house intl “with Defected as well as his own successful CD series ”My Girlfriend is out of Town”,
(Registered trademark for Europe with his own trendy fashion collections!)

After an excellent summer residency at El Divino this summer in Ibiza Jamie Lewis and his label started a new residency in Dubai‘s Barasti Beach as well as @ Deep Club in Geneva.
In studio he is working on his next hit with the L.A based Cynthia Manley as well as with new interesting projects featuring the vocals of Kim Cooper and Lisa Millett
(due for release in 2010)
For March 2010 his second artist album is expected: “THE BEST OF” including his many club hits, main remixes and productions of his outstanding career….